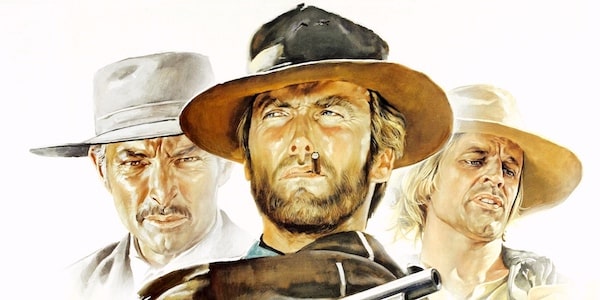 In those days the cattlemen were the anointed. They were the grandees of the grass, kings of the kine, lords of the lea, barons of beef and bone. They might have ridden in golden chariots had their tastes so inclined. The cattleman was caught in a stampede of dollars. It seemed to him that he had more money than was decent. But when he had bought a watch with precious stones set in the case so large that they hurt his ribs, and a California saddle with silver nails and Angora skin suaderos, and ordered everybody up to the bar for whisky–what else was there for
him to spend money for?

Not so circumscribed in expedient for the reduction of surplus wealth were those lairds of the lariat who had womenfolk to their name. In the breast of the rib-sprung sex the genius of purse lightening may slumber through years of inopportunity, but never, my brothers, does it become extinct.

So, out of the chaparral came Long Bill Longley from the Bar Circle Branch on the Frio, a wife – driven man – to taste the urban joys of success. Something like half a million dollars he had, with an income steadily increasing.

Long Bill was a graduate of the camp and trail. Luck and thrift, a cool head, and a telescopic eye for mavericks had raised him from cowboy to be a cowman. Then came the boom in cattle, and Fortune, stepping gingerly among the cactus thorns, came and emptied her cornucopia at the doorstep of the ranch.

In the little frontier city of Chaparosa, Longley built a costly residence. Here he became a captive, bound to the chariot of social existence. He was doomed to become a leading citizen. He struggled for a time like a mustang in his first corral, and then he hung up his quirt and spurs. Time hung heavily on his hands. He organised the First National Bank of Chaparosa, and was elected its president.

One day a dyspeptic man, wearing double-magnifying glasses, inserted an official-looking card between the bars of the cashier’s window of the First National Bank. Five minutes later the bank force was dancing at the beck and call of a national
bank examiner.
This examiner, Mr. J. Edgar Todd, proved to be a thorough one. At the end of it all the examiner put on his hat, and called the president, Mr. William R. Longley, into the private office.
“Well, how do you find things?” asked Longley, in his slow, deep tones. “Any brands in the round-up you didn’t like the looks of?”

“The bank checks up all right, Mr. Longley,” said Todd; “and I find your loans in very good shape–with one exception. You are carrying one very bad bit of paper–one that is so bad that I have been thinking that you surely do not realise the serious position it places you in. I refer to a call loan of $10,000 made to Thomas Merwin. Not only is the amount in excess of the maximum sum the bank can loan any individual legally, but it is absolutely without endorsement or security. Thus you have doubly violated the national banking laws, and have laid yourself open to criminal prosecution by the Government. A report of the matter to the Comptroller of the Currency–which I am bound to make–would, I am sure, result in the matter being turned over to the Department of Justice for
action. You see what a serious thing it is..”

Bill Longley was leaning his lengthy, slowly moving frame back in his swivel chair. His hands were clasped behind his head, and he turned a little to look the examiner in the face. The examiner was surprised to see a smile creep about the rugged mouth of the banker, and a kindly twinkle in his light-blue eyes. If he saw the seriousness of the affair, it did not show in his countenance.

“Of course, you don’t know Tom Merwin,” said Longley, almost genially. “Yes, I know about that loan. It hasn’t any security except Tom Merwin’s word. Somehow, I’ve always found that when a man’s word is good it’s the best security there is. Oh, yes, I know the
Government doesn’t think so. I guess I’ll see Tom about that note.”

Mr. Todd’s dyspepsia seemed to grow suddenly worse. He looked at the chaparral
banker through his double-magnifying glasses in amazement.
“You see,” said Longley, easily explaining the thing away, “Tom heard of 2000 head of two-year-olds down near Rocky Ford on the Rio Grande that could be had for $8 a head. I reckon ’twas one of old Leandro Garcia’s outfits that he had smuggled over, and he wanted to make a quick turn on ’em. Those cattle are worth $15 on the hoof in Kansas City. Tom knew it and I knew it. He had $6,000, and I let him have the $10,000 to make the deal with. His brother Ed took ’em on to market three weeks ago. He ought to be
back ‘most any day now with the money. When he comes Tom’ll pay that note.”

The bank examiner was shocked. It was, perhaps, his duty to step out to the telegraph office and wire the situation to the Comptroller. But he did not. He talked pointedly and effectively to Longley for three minutes. He succeeded in making the banker understand that he stood upon the border of a catastrophe. And then he
offered a tiny loophole of escape.

“I am going to Hilldale’s to-night,” he told Longley, “to examine a bank there. I will pass through Chaparosa on my way back. At twelve o’clock to-morrow I shall call at this bank. If this loan has been cleared out of the way by that time it will not be mentioned in my
report. If not.. I will have to do my duty.”

With that the examiner bowed and departed.

The President of the First National lounged in his chair half an hour longer, and then he lit a mild cigar, and went over to Tom Merwin’s house. Merwin, a ranchman in brown duck, with a contemplative eye, sat with his feet upon a table, plaiting a
rawhide quirt.

“Tom,” said Longley, leaning against the table, “you heard anything from Ed yet?”
“Not yet,” said Merwin, continuing his plaiting. “I guess Ed’ll be along back now in a
few days.”
“There was a bank examiner,” said Longley, “nosing around our place to-day, and he bucked a sight about that note of yours. You know I know it’s all right, but the thing is against the banking laws. I was pretty sure you’d have paid it off before the bank was examined again, but the son-of-a-gun slipped in on us, Tom. Now, I’m short of cash myself just now, or I’d let you have the money to take it up with. I’ve got till twelve o’clock to-morrow, and then I’ve got to show the cash in place of that note or..”

“Or what, Bill?” asked Merwin, as Longley hesitated.
“Well, I suppose it means be jumped on with both of Uncle Sam’s feet.”
“I’ll try to raise the money for you on time,” said Merwin, interested in his plaiting.
“All right, Tom,” concluded Longley, as he turned toward the door; “I knew you would
if you could.”

Merwin threw down his whip and went to the only other bank in town, a private
one, run by Cooper & Craig.

“Cooper,” he said, to the partner by that name, “I’ve got to have $10,000 to-day or to-morrow. I’ve got a house and lot there that’s worth about $6,000 and that’s all the actual collateral. But I’ve got a cattle deal on that’s sure to bring me in more than that
much profit within a few days.”

“Now, for God’s sake don’t say no,” said Merwin. “I owe that much money on a call loan. It’s been called, and the man that called it is a man I’ve laid on the same blanket with in cow-camps and ranger-camps for ten years. He can call anything I’ve got. He can call the blood out of my veins and it’ll come. He’s got to have the money. He’s in a devil of a.. Well, he needs the money, and I’ve got to get it for him. You know my word’s good, Cooper.”

“No doubt of it,” assented Cooper, urbanely, “but I’ve a partner, you know. I’m not free in making loans. And even if you had the best security in your hands, Merwin, we couldn’t accommodate you in less than a week. We’re just making a shipment of $15,000 to Myer Brothers in Rockdell, to buy cotton with. It goes down on the narrow gauge to night. That leaves our cash quite short at present. Sorry we can’t arrange it for you.”
Merwin went back to his little bare office and plaited at his quirt again.
About four o’clock in the afternoon he went to the First National Bank and leaned
over the railing of Longley’s desk.

“I’ll try to get that money for you to-night.. I mean to-morrow, Bill.”
“All right, Tom,” said Longley quietly. 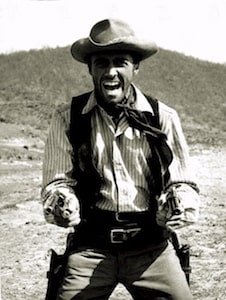 At nine o’clock that night Tom Merwin stepped cautiously out of the small frame house in which he lived. It was near the edge of the little town, and few citizens were in the neighbourhood at that hour. Merwin wore two six-shooters in a belt, and a slouch hat. He moved swiftly down a lonely street, and then followed the sandy road that ran parallel to the narrow-gauge track until he reached the water- tank, two miles below the town. There Tom Merwin stopped, tied a black silk handkerchief about the lower part of his face, and pulled his hat down low.

In ten minutes the night train for Rockdell pulled up at the tank, having come from Chaparosa.

With a gun in each hand Merwin raised himself from behind a clump of chaparral and started for the engine. But before he had taken three steps, two long, strong arms clasped him from behind, and he was lifted from his feet and thrown, face downward upon the grass. There was a heavy knee pressing against his back, and an iron hand grasping each of his wrists. He was held thus, like a child, until the engine had taken water, and until the train had moved, with accelerating speed, out of sight. Then he was released, and rose to his feet to face Bill Longley.

“The case never needed to be fixed up this way, Tom,” said Longley. “I saw Cooper this evening, and he told me what you and him talked about. Then I went down to your house to-night and saw you come out with your guns on, and I followed you. Let’s go back, Tom.”

They walked away together, side by side.

“‘Twas the only chance I saw,” said Merwin presently. “You called your loan, and I tried to answer you. Now, what’ll you do, Bill, if they sock it to you?”
“What would you have done if they’d socked it to you?” was the answer Longley made.
“I never thought I’d lay in a bush to stick up a train,” remarked Merwin; “but a call loan’s different. A call’s a call with me. We’ve got twelve hours yet, Bill, before this spy jumps onto you. We’ve got to raise them spondulicks somehow. Maybe we can–Great Sam Houston! do you hear that?”

Merwin broke into a run, and Longley kept with him, hearing only a rather pleasing whistle somewhere in the night rendering the lugubrious air of “The Cowboy’s Lament.”

They were at the door of Merwin’s house. He kicked it open and fell over an old valise lying in the middle of the floor. A sunburned, firm-jawed youth, stained by travel, lay upon the bed puffing at a brown cigarette. 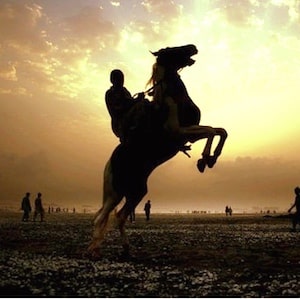