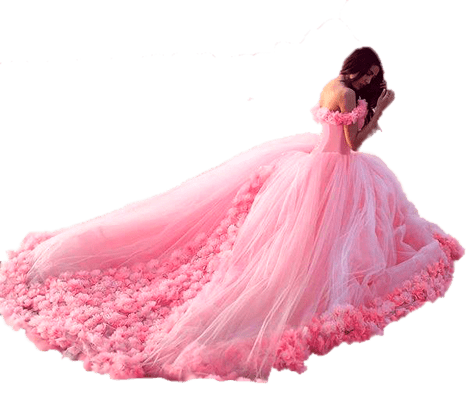 The honeymoon was at its full. There was a flat with the reddest of new carpets, tasselled portieres and six steins with pewter lids arranged on a ledge above the wainscoting of the dining-room. The wonder of it was yet upon them. Neither of them had ever seen a yellow primrose by the river’s brim; but if such a sight had met their eyes at that time it would have seemed like.. well, whatever the poet expected the right kind of people to see in it besides a primrose.

The bride sat in the rocker with her feet resting upon the world. She was wrapt in rosy dreams and a kimono of the same hue. She wondered what the people in Greenland and Tasmania and Beloochistan were saying one to another about her marriage to Kid McGarry. Not that it made any difference. There was no welter-weight from London to the Southern Cross that could stand up four hours.. no; four rounds.. with her bridegroom. And he had been hers for three weeks; and the crook of her little finger could sway him more than the fist of any 142-pounder in the world.

Love, when it is ours, is the other name for self-abnegation and sacrifice. When it belongs to people across the airshaft it means arrogance and self-conceit.

The bride crossed her oxfords and looked thoughtfully at the distemper Cupids on the ceiling.

– Precious, – said she, with the air of Cleopatra asking Antony for Rome done up in tissue paper and delivered at residence,  – I think I would like a peach.

Kid McGarry arose and put on his coat and hat. He was serious, shaven, sentimental, and spry.

– All right, – said he, as coolly as though he were only agreeing to sign articles to fight the champion of England. – I’ll step down and cop one out for you.. see? 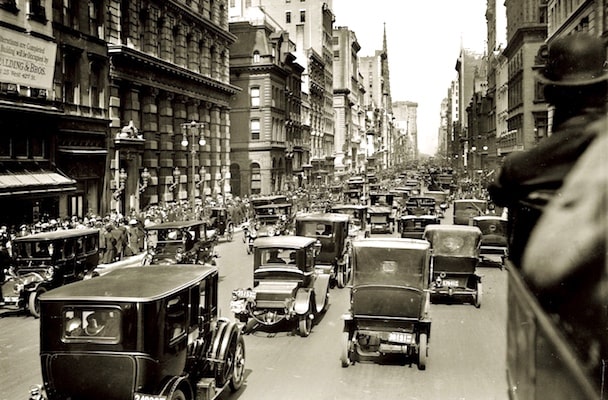 After a series of farewells that would have befitted an imminent voyage to foreign parts, the Kid went down to the street.

Here he not unreasonably hesitated, for the season was yet early spring, and there seemed small chance of wresting anywhere from those chill streets and stores the coveted luscious guerdon of summer’s golden prime.

At the Italian’s fruit-stand on the corner he stopped and cast a contemptuous eye over the display of papered oranges, highly polished apples and wan, sun-hungry bananas.

– Gotta da peach?– asked the Kid in the tongue of Dante, the lover of lovers.

Scornful, the Kid pursued his quest. He entered the all-night chop-house, cafe, and bowling-alley of his friend and admirer, Justus O’Callahan. The O’Callahan was about in his institution, looking for leaks.

– I want it straight,– said the Kid to him – The old woman has got a hunch that she wants a peach. Now, if you’ve got a peach, Cal, get it out quick. I want it and others like it if you’ve got ’em in plural quantities.

– The house is yours, – said O’Callahan – but there’s no peach in it. It’s too soon. I don’t suppose you could even find ’em at one of the Broadway joints. That’s too bad. When a lady fixes her mouth for a certain kind of fruit nothing else won’t do. It’s too late now to find any of the first-class fruiterers open. But if you think the missis would like some nice oranges I’ve just got a box of fine ones in that she might..

– Much obliged, Cal. It’s a peach proposition right from the ring of the gong. I’ll try further.

The time was nearly midnight as the Kid walked down the West-Side avenue. Few stores were open, and such as were practically hooted at the idea of a peach.

But in her moated flat the bride confidently awaited her Persian fruit. A champion welter-weight not find a peach?.. not stride triumphantly over the seasons and the zodiac and the almanac to fetch an Amsden’s June or a Georgia cling to his owny-own?

The Kid’s eye caught sight of a window that was lighted and gorgeous with nature’s most entrancing colors. The light suddenly went out. The Kid sprinted and caught the fruiterer locking his door.

– Peaches?– said he, with extreme deliberation.

– Well, no, Sir. Not for three or four weeks yet. I haven’t any idea where you might find some. There may be a few in town from under the glass, but they’d be hard to locate. Maybe at one of the more expensive hotels–some place where there’s plenty of money to waste. I’ve got some very fine oranges, though.. from a shipload that came in to-day.

The Kid lingered on the corner for a moment, and then set out briskly toward a pair of green lights that flanked the steps of a building down a dark side street.

– Captain around anywhere?– he asked of the desk sergeant of the police station.

At that moment the captain came briskly forward from the rear. He was in plain clothes and had a busy air.

– Hello, Kid, – he said to the pugilist – thought you were bridal-touring?
– Got back yesterday. I’m a solid citizen now. Think I’ll take an interest in municipal doings. How would it suit you to get into Denver Dick’s place to-night, Cap?
– Past performances, – said the captain, twisting his moustache – Denver was closed up two months ago.
– Correct,– said the Kid – Rafferty chased him out of the Forty-third. He’s running in your precinct now, and his game’s bigger than ever. I’m down on this gambling business. I can put you against his game.
– In my precinct?– growled the captain – аre you sure, Kid? I’ll take it as a favor. Have you got the entree? How is it to be done?
– Hammers, – said the Kid – they haven’t got any steel on the doors yet. You’ll need ten men. No, they won’t let me in the place. Denver has been trying to do me. He thought I tipped him off for the other raid. I didn’t, though. You want to hurry. I’ve got to get back home. The house is only three blocks from here.

Before ten minutes had sped the captain with a dozen men stole with their guide into the hallway of a dark and virtuous-looking building in which many businesses were conducted by day.

Two axemen faced the door that he pointed out to them. 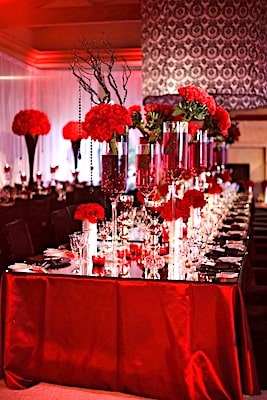 The axes crashed through the as yet unprotected door. A blaze of light from within poured through the smashed panels. The door fell, and the raiders sprang into the room with their guns handy.
The big room was furnished with the gaudy magnificence dear to Denver Dick’s western ideas. Various well-patronized games were in progress. About fifty men who were in the room rushed upon the police in a grand break for personal liberty. The plain-clothes men had to do a little club-swinging. More than half the patrons escaped.
Denver Dick had graced his game with his own presence that night. He led the rush that was intended to sweep away the smaller body of raiders, But when he saw the Kid his manner became personal. Being in the heavyweight class he cast himself joyfully upon his slighter enemy, and they rolled down a flight of stairs in each other’s arms. On the landing they separated and arose, and then the Kid was able to use some of his professional tactics, which had been useless to him while in the excited clutch of a 200-pound sporting gentleman who was about to lose $20,000 worth of paraphernalia. 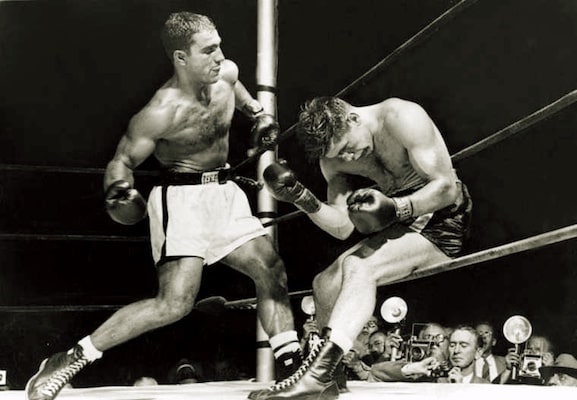 After vanquishing his adversary the Kid hurried upstairs and through the gambling-room into a smaller apartment connecting by an arched doorway.
Here was a long table set with choicest chinaware and silver, and lavishly furnished with food of that expensive and spectacular sort of which the devotees of sport are supposed to be fond. Here again was to be perceived the liberal and florid taste of the gentleman with the urban cognomenal prefix.
A No. 10 patent leather shoe protruded a few of its inches outside the tablecloth along the floor. The Kid seized this and plucked forth a black man in a white tie and the garb of a servitor.

– Get up!– commanded the Kid – are you in charge of this free lunch?
– Yes, sah, I was. Has they done pinched us ag’in, boss?
– Looks that way. Listen to me. Are there any peaches in this layout? If there ain’t I’ll have to throw up the sponge.
– There was three dozen, sah, when the game opened this evenin’; but I reckon the gentlemen done eat ’em all up. If you’d like to eat a fust-rate orange, sah, I kin find you some.
– Get busy,– ordered the Kid, sternly – and move whatever peach crop you’ve got quick or there’ll be trouble. If anybody oranges me again to-night, I’ll knock his face off.

The raid on Denver Dick’s high-priced and prodigal luncheon revealed one lone, last peach that had escaped the epicurean jaws of the followers of chance. Into the Kid’s pocket it went, and that indefatigable forager departed immediately with his prize. With scarcely a glance at the scene on the sidewalk below, where the officers were loading their prisoners into the patrol wagons, he moved homeward with long, swift strides.
His heart was light as he went. So rode the knights back to Camelot after perils and high deeds done for their ladies fair. The Kid’s lady had commanded him and he had obeyed. True, it was but a peach that she had craved; but it had been no small deed to glean a peach at midnight from that wintry city where yet the February snows lay like iron. She had asked for a peach; she was his bride; in his pocket the peach was warming in his hand that held it for fear that it might fall out and be lost.

On the way the Kid turned in at an all-night drug store and said to the spectacled clerk:

– Say, sport, I wish you’d size up this rib of mine and see if it’s broke. I was in a little scrap and bumped down a flight or two of stairs.

The druggist made an examination: It isn’t broken– was his diagnosis – but you have a bruise there that looks like you’d fallen off the Flatiron twice.

– That’s all right,– said the Kid – let’s have your clothesbrush, please.

The bride waited in the rosy glow of the pink lamp shade. The miracles were not all passed away. By breathing a desire for some slight thing–a flower, a pomegranate, a–oh, yes, a peach–she could send forth her man into the night, into the world which could not withstand him, and he would do her bidding.
And now he stood by her chair and laid the peach in her hand.

– Naughty boy!–  she said, fondly – did I say a peach? I think I would much rather have had an orange.

Blest be the bride. 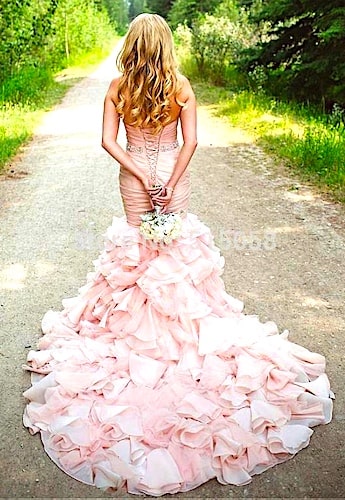