While the auto waits..

While the auto waits.. 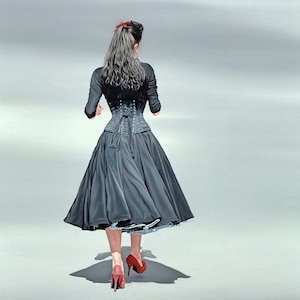 Promptly at the beginning of twilight, came again to that quiet corner of that quiet, small park the girl in grey. She sat upon a bench and read a book, for there was yet to come a half-hour in which print could be accomplished.

To repeat: Her dress was grey, and plain enough to mask its impeccancy of style and fit. A large- meshed veil imprisoned her turban hat and a face that shone through it with a calm and unconscious beauty. She had come there at the same hour on the day previous, and on the day before that; and there was one who knew it.

The young man who knew it hovered near, relying upon burnt sacrifices to the great joss, Luck. His piety was rewarded, for, in turning a page, her book slipped from her fingers and bounded from the bench a full yard away.

The young man pounced upon it with instant avid- ity, returning it to its owner with that air that seems to flourish in parks and public places – a compound of gallantry and hope, tempered with respect for the policeman on the beat. In a pleasant voice, be risked an inconsequent remark upon the weather that in- troductory topic responsible for so much of the world’s unhappiness-and stood poised for a moment, awaiting his fate.

The girl looked him over leisurely; at his ordinary, neat dress and his features distinguished by nothing particular in the way of expression.

“You may sit down, if you like,” she said, in a full, deliberate contralto. “Really, I would like to have you do so. The light is too bad for reading. I would prefer to talk.”

The vassal of Luck slid upon the seat by her side with complaisance.

“Do you know,” be said, speaking the formula with which park chairmen open their meetings, “that you are quite the stun ingest girl I have seen in a long time? I had my eye on you yesterday. Didn’t know somebody was bowled over by those pretty lamps of yours, did you, honeysuckle?”

“Whoever you are,” said the girl, in icy tones, “you must remember that I am a lady. I will excuse the remark you have just made because the mistake was, doubtless, not an unnatural one — in your circle. I asked you to sit down; if the invitation must constitute me your honeysuckle, consider it with- drawn.”

“I earnestly beg your pardon,” pleaded the young ran. His expression of satisfaction had changed to one of penitence and humility. “It was my fault, you know – I mean, there are girls in parks, you know – that is, of course, you don’t know, but… ”

“Abandon the subject, if you please. Of course I know. Now, tell me about these people passing and crowding, each way, along these paths. Where are they going? Why do they hurry so? Are they happy?”

The young man had promptly abandoned his air of coquetry. His cue was now for a waiting part; he could not guess the role be would be expected to play.

“It is interesting to watch them,” he replied, postulating her mood. “It is the wonderful drama of life. Some are going to supper and some to — er — other places. One wonders what their histories are.”

“I do not,” said the girl; “I am not so inquisitive. I come here to sit because here, only, can I be tear the great, common, throbbing heart of humanity. My part in life is cast where its beats are never felt. Can you surmise why I spoke to you, Mr. — ?”

“Parkenstacker,” supplied the young man. Then be looked eager and hopeful.

“No,” said the girl, holding up a slender finger, and smiling slightly. “You would recognize it immediately. It is impossible to keep one’s name out of print. Or even one’s portrait. This veil and this hat of my maid furnish me with an incog. You should have seen the chauffeur stare at it when he thought I did not see. Candidly, there are five or six names that belong in the holy of holies, and mine, by the accident of birth, is one of them. I spoke to you, Mr. Stackenpot.. ”

” — Mr. Parkenstacker, because I wanted to talk, for once, with a natural man — one unspoiled by the despicable gloss of wealth and supposed social superiority. Oh! you do not know how weary I am of it — money, money, money! And of the men who surround me, dancing like little marionettes all cut by the same pattern. I am sick of pleasure, of jewels, of travel, of society, of luxuries of all kinds.”

“I always had an idea,” ventured the young man, hesitatingly, “that money must be a pretty good thing.”

“A competence is to be desired. But when you leave so many millions that — !” She concluded the sentence with a gesture of despair. “It is the monotony of it” she continued, “that palls. Drives, dinners, theatres, balls, suppers, with the gilding of superfluous wealth over it all. Sometimes the very tinkle of the ice in my champagne glass nearly drives me mad.”

“I have always liked,” he said, “to read and hear about the ways of wealthy and fashionable folks. I suppose I am a bit of a snob. But I like to have my information accurate. Now, I had formed the opinion that champagne is cooled in the bottle and not by placing ice in the glass.”

The girl gave a musical laugh of genuine amusement.

“You should know,” she explained, in an indulgent tone, “that we of the non-useful class depend for our amusement upon departure from precedent. Just now it is a fad to put ice in champagne. The idea was originated by a visiting Prince of Tartary while dining at the Waldorf. It will soon give way to some other whim. Just as at a dinner party this week on Madison Avenue a green kid glove was laid by the plate of each guest to be put on and used while eating olives.”

“I see,” admitted the young man, humbly.
“These special diversions of the inner circle do not become familiar to the common public.”

“Sometimes,” continued the girl, acknowledging his confession of error by a slight bow, “I have thought that if I ever should love a man it would be one of lowly station. One who is a worker and not a drone. But, doubtless, the claims of caste and wealth will prove stronger than my inclination. Just now two besieges me. One is a Grand Duke of a German principality. I think he has, or has bad, a wife, somewhere, driven mad by his intemperance and cruelty. The other is an English Marquis, so cold and mercenary that I even prefer the diabolism of the Duke. What is it that impels me to tell you these things, Mr. Packenstacker?

“Parkenstacker,” breathed the young man. “Indeed, you cannot know how much I appreciate your confidences.”

The girl contemplated him with the calm, impersonal regard that befitted the difference in their stations.

“What is your line of business, Mr. Parkenstacker?” she asked.

“A very humble one. But I hope to rise in the world. Were you really in earnest when you said that you could love a man of lowly position?”

“Indeed I was. But I said ‘might.’ There is the Grand Duke and the Marquis, you know. Yes; no calling could be too humble were the man what I would wish him to be.”

“I work,” declared Mr. Parkenstacker, “in a restaurant.”

“Not as a waiter?” she said, a little imploringly. “Labor is noble, but personal attendance, you know — valets and .. ”

“I am not a waiter. I am cashier in..” — on the street they faced that bounded the opposite side of the park was the brilliant electric sign “RESTAURANT” — “I am cashier in that restaurant you am there.”

The girl consulted a tiny watch set in a bracelet of rich design upon her left wrist, and rose, hurriedly. She thrust her book into a glittering reticule sus- pended from her waist, for which, however, the book was too large.

“Why are you not at work?” she asked.

“I am on the night turn,” said the young man; – “it is yet an hour before my period begins. May I not hope to see you again?”

“I do not know. Perhaps – but the whim may not seize me again. I must go quickly now. There is a dinner, and a box at the play — and, oh! the same old round. Perhaps you noticed an automobile at the upper corner of the park as you came. One with a white body..”

“Yes. I always come in that. Pierre waits for me there. He supposes me to be shopping in the department store across the square. Conceive of the bondage of the life wherein we must deceive even our chauffeurs. Good-night.”

“If you have the slightest regard for my wishes,” said the girl, firmly, “you will remain at this bench for ten minutes after I have left. I do not mean to accuse you, but you are probably aware that autos generally bear the monogram of their owner. Again, good-night”

Swift and stately she moved away through the dusk. The young man watched her graceful form as she reached the pavement at the park’s edge, and turned up along it toward the corner where stood the automobile. Then he treacherously and unhesitatingly began to dodge and skim among the park trees and shrubbery in a course parallel to her route, keeping her well in sight.

When she reached the corner she turned her head to glance at the motorcar, and then passed it, continuing on across the street. Sheltered behind a convenient standing cab, the young man followed her movements closely with his eyes. Passing down the sidewalk of the street opposite the park, she entered the restaurant with the blazing sign. The place was one of those frankly glaring establishments, all white, paint and glass, where one may dine cheaply and conspicuously. The girl penetrated the restaurant to some retreat at its rear, whence she quickly emerged without her bat and veil.

The cashier’s desk was well to the front. A redhead girl an the stool climbed down, glancing pointedly at the clock as she did so. The girl in grey mounted in her place.

The young man thrust his hands into his pockets and walked slowly back along the sidewalk. At the corner his foot struck a small, paper-covered volume lying there, sending it sliding to the edge of the turf. By its picturesque cover he recognized it as the book the girl had been reading. He picked it up carelessly, and saw that its title was “New Arabian Nights,” the author being of the name of Stevenson. He dropped it again upon the grass, and lounged, irresolute, for a minute. Then he stepped into the automobile, reclined upon the cushions, and said two words to the chauffeur: 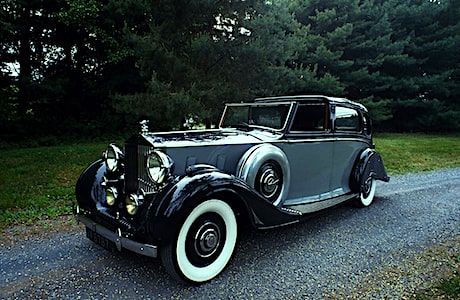